Marvin Visions is the featured free font of this edition, we also take a look at how AirBnb introduced a custom typeface to their UI and the difference between variable and parametric fonts.

I hope you celebrated the arrival of 2019 well and in style. I took some time off and I’m only catching up now, that’s why this newsletter is a bit late 😅

Font pairings are always fun, I love going through galleries of font combinations and see how others combined fonts differently than I do. This article is cool because it groups Google fonts (free fonts) and explains why combinations work well.

Font of the month

Marvin Visions is a modern and consistent reinterpretation of Marvin, a typeface originally designed by Michael Chave in 1969 and published by Face Photosetting. It has been revived and expanded by Mathieu Triay for the identity of Visions, a new science fiction magazine. There are two things about this font that are pure awesomeness: 1) you can get it as a variable font and 2) the presentation of the font.

A case study of how AirBnb introduced their new custom typeface to their UI.

What’s the difference between variable and parametric fonts?

The Better Web Type logo is actually the oldest typographical ornament called Hedera (meaning “ivy” in Latin). Some sources suggest that it has been in use since early Greek inscriptions, mostly as an inline character to indicate paragraphs or on a line itself to divide paragraphs. 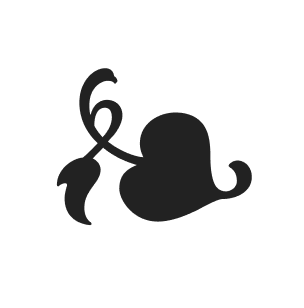 Photo of the month

My stack of typography books so far. I’ve bought two more since taking this photo. @matejlatin

That’s it for this month, see you in February! 👋